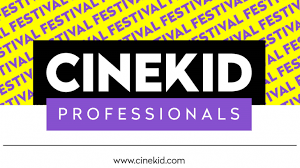 During the Junior Co-production Market 2020, two major awards will be handed out: